Labour Council On The Move in Kamloops

Union salmon was recently was delivered by the Kamloops District Labour Council to food banks in Kamloops, Merritt, Chase, Barrier and Clearwater – all towns within its jurisdiction. The story and pictures were well covered by local media and were well appreciated by the food banks involved.

Protein for People is appreciative of the actions taken by the Kamloops District Labour Council – not only for assisting people in need of food bank assistance, but also for in helping to develop stronger ties between labour and the community at large.

To participate, unions need only order Protein for People salmon and have the salmon delivered directly to our brothers and sisters at food banks. It seems that most people using food banks are the working poor and their families. And as trade unionists and responsible citizens, we get involved.

We get involved by using our organizing skills to assist workers to better their chances for a decent respectful workplace, and to also lend a hand if necessary when those less fortunate some need interim help to regain their balance during difficult times. 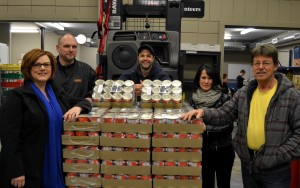 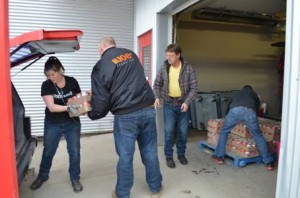