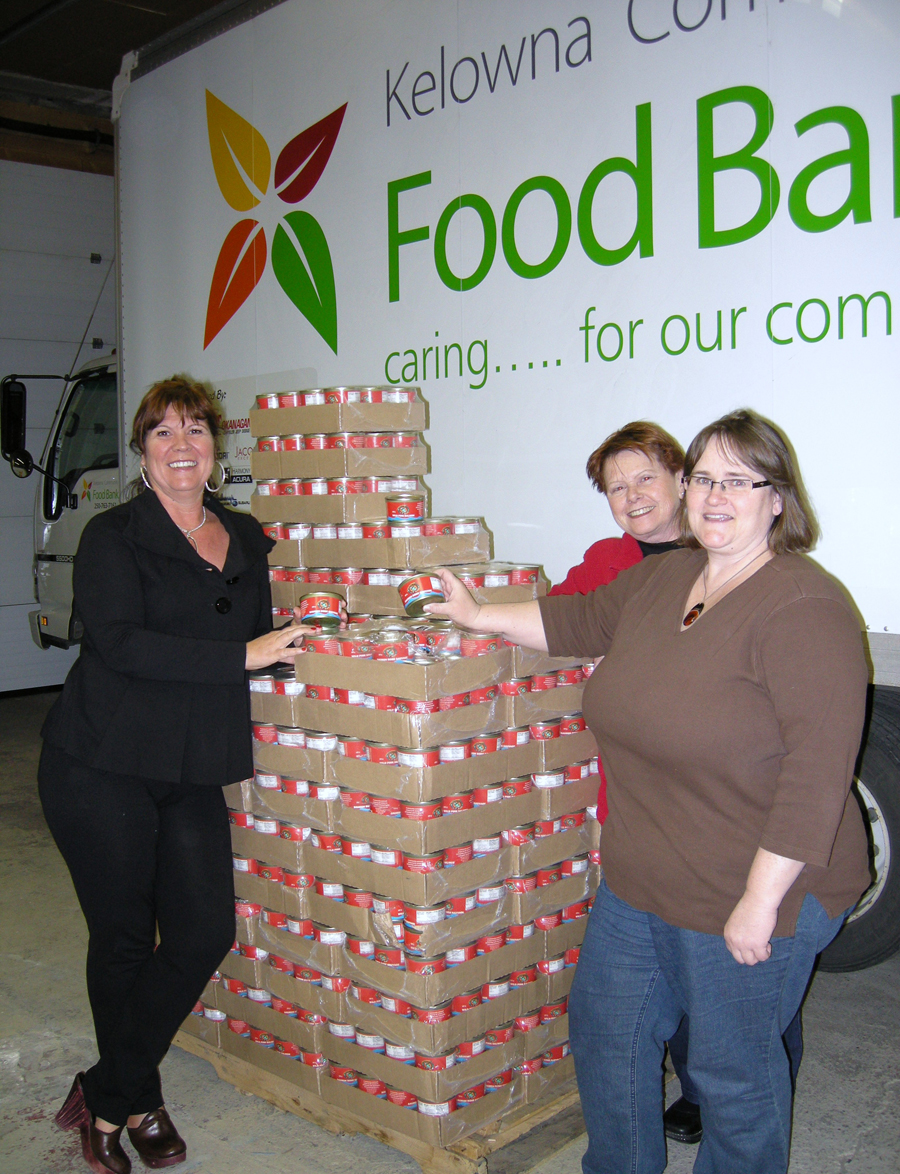 The North Okanagan Labour Council purchased and donated canned salmon from Protein for People, for our four Food Banks in the Okanagan. Approximately 357 cases of salmon (valued at $8,000) were delivered.  Protein for People is a community outreach project by BC Unions.

“We are thrilled to receive this shipment” says Vonnie Lavers, Executive Director for the Kelowna Community Food Bank.  “One of the most critical shortages in the diets of people dependent upon food banks is dietary protein found in such foods as meat, fish, eggs and dairy products.”

The “Protein for People Project” has supplied thousands of cans of high quality wild BC salmon to those who really need it,” says Cheryl Stone, Recording Secretary for the North Okanagan Labour Council.

The salmon is purchased from BC salmon wholesalers using money donated primarily by union members, either personally or indirectly through their unions.  Stone says that 42 local unions are affiliated with the North Okanagan Labour Council.

Stone would like to thank Clark Freightways for shipping the salmon from Surrey to Kelowna at no charge.